Sileby Town introduced a ‘cap’ system to reward outstanding performances by players in the First XI. Any player scoring a century in a match, taking five catches or wicketkeeping victims in an innings or taking five wickets would receive a specially numbered Sileby Town cap.

The caps were retrospectively presented to any players still playing for the club when the cap system was introduced, meaning that some performances that go back for a number of years, were rewarded. The first capped player for Sileby Town is Nigel Kinch, closely followed by Phil Gleadell – both men scored centuries in the same game. 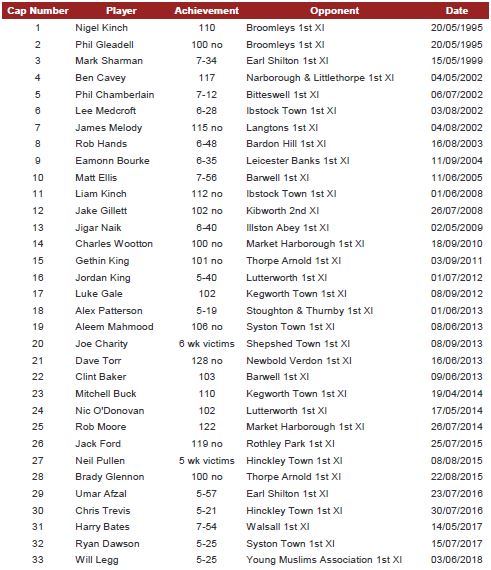